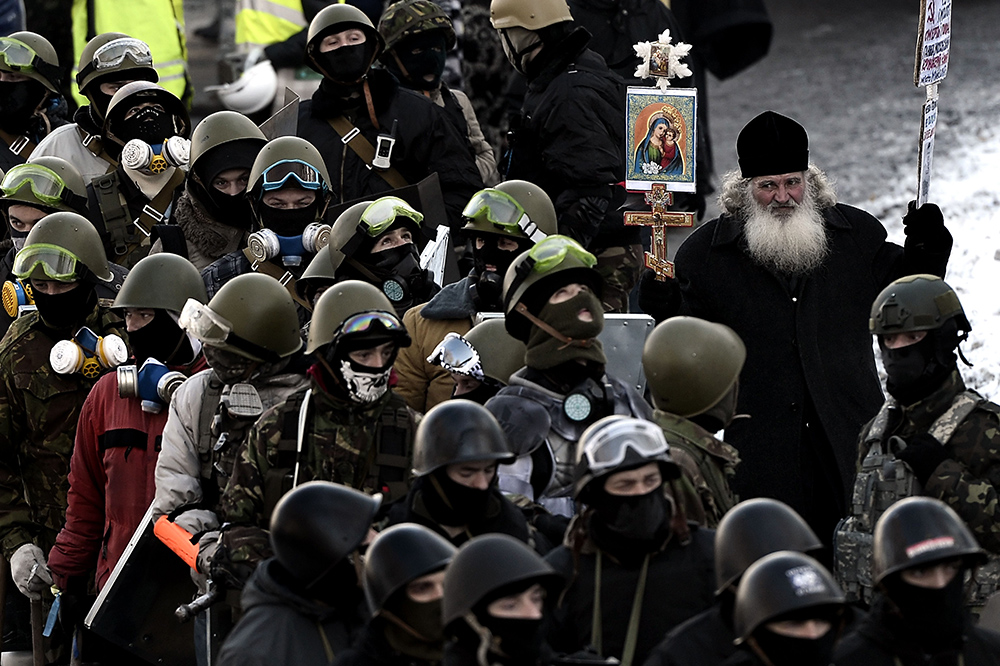 A priest (R) marches with anti-government protesters march around the parliament in Kiev on February 6, 2014,to push to the deputies of the majority to change the constitution so that to agree on curbing the presidency’s powers. Ukraine’s unrest erupted in November 2013 after President Viktor Yanukovych rejected an association agreement with the European Union in favour of closer ties with Moscow, and the turmoil has now become an all-out movement to oust him. AFP PHOTO / ARIS MESSINISARIS MESSINIS/AFP/Getty Images 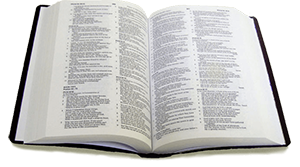